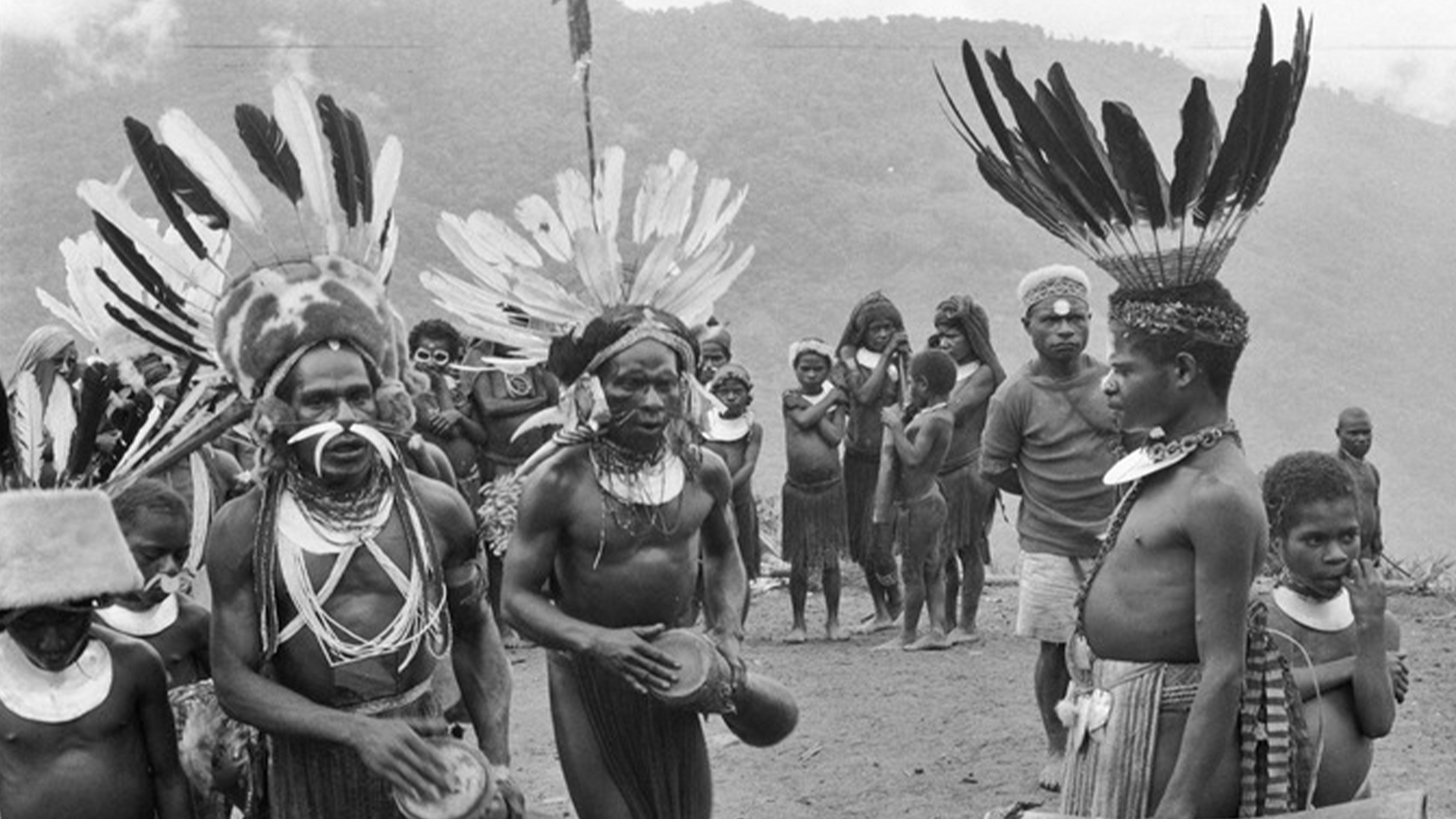 More than 1,200 hours of rare sound recordings, which is roughly equivalent to 50 days, were captured and preserved thanks to the Council on Library and Information Resources (CLIR) Recordings at Risk grant and the work of the Library’s project team, as well as community partners.

The project team spent the last year and a half on this large scale digitization project to digitize, preserve, and improve access to 804 quarter-inch reels and audio cassette field recordings from eight collections in the Tuzin Archive for Melanesian Anthropology at the UC San Diego Library Special Collections & Archives. The recordings include rare interviews, songs, performances, linguistic material and oral histories collected in Papua New Guinea and the Solomon Islands from the mid-to-late 20th century and are now available by request and registration on the Library’s Digital Collections website.

“One of the most rewarding aspects of this project was listening to the voices of those represented in the collections as many of the recordings have not been played in over 50 years.” said Cristela Garcia-Spitz, curator of the Tuzin Archive at the UC San Diego Library. “This was my first time hearing the voices of the Anthropologists and central figures in the collections. ”

Several of the recordings contain valuable linguistic as well as cultural knowledge; access to which was previously limited to scholars and researchers that were able to physically visit the archive and could afford to have reproductions made. This project unlocks this content and makes it more broadly available to scholars, native speakers and the public.

During the project, several networks and connections—like the existing relationship between the Tuzin Archive and the Kwaio community archive in the Kwainaa`isi Cultural Centre—were developed and strengthened while working with the recordings. There was also an opportunity to send the audio files from the Roger Keesing sound recordings to the Solomon Islands with Anthropologist David Akin in October 2019. He shared the files with the Kwaio community archive and they provided the project team with more accurate descriptions, correct names, and provided more context on the recordings. With recordings that date back to 1963, the type of information provided by community partners during the grant is invaluable in that the knowledge and rich detail might be lost as further time passes.

Images in some of these collections were already digitized and available online. By digitizing the audio from the Tuzin Archive, both the sights and sounds can be experienced together, amplifying the collection’s reach and enabling new models of digital scholarship and teaching.

The Library prioritized reformatting these recordings because of their uniqueness and importance to Pacific Studies and the cultural heritage of the Pacific Island communities, as well as to safeguard against the deterioration of the physical materials and format obsolescence.

This project was supported by a Recordings at Risk grant from the Council on Library and Information Resources (CLIR). The grant program is made possible by funding from The Andrew W. Mellon Foundation. If you have any questions about this project or the collections, please contact Cristela Garcia-Spitz, curator of the Tuzin Archive for Melanesian Anthropology.