Tell Us How UC It: A Living Archive debuted with a physical exhibit and a panel
on student activism on February 1, 2017. The exhibit included history, student perspectives, and real-time feedback, all of which are now part of the collection.

Students submitted creative works expressing the way they experience campus climate. The submissions were solicited through campus flyers, direct communication with student community centers and the residential life coordinators of each of UC San Diego’s colleges, as well as through collaborations with faculty who introduced the project in their classrooms. A selection of the student reflections were featured in the physical exhibit from February 1 - March 31, 2017.

While a few submissions were gathered through general marketing, a majority came from collaborations with two courses:

The faculty members, Katie Herzog and Amanda Solomon, integrated submitting to the archive into their courses final assignments. Students could choose to remain anonymous. All submissions are now part of the collection, and a selection of them were featured in the physical exhibit.

For CAT 1: Migration Narratives, in addition to thinking about how they view the current campus climate, they also responded to the fourth chapter of Angela Kong's dissertation, "Re-examining Diversity Policy at University of California, San Diego: The Racial Politics of Asian Americans".

The exhibit area included a prominent space for visitor feedback. These notes complement the formal submissions on display and offer another opportunity for dialogue about campus climate. The board was photographed on a daily basis and all of the notes are in the collection.

The following are suggested readings related to the Tell Us How UC It: A Living Archive project. 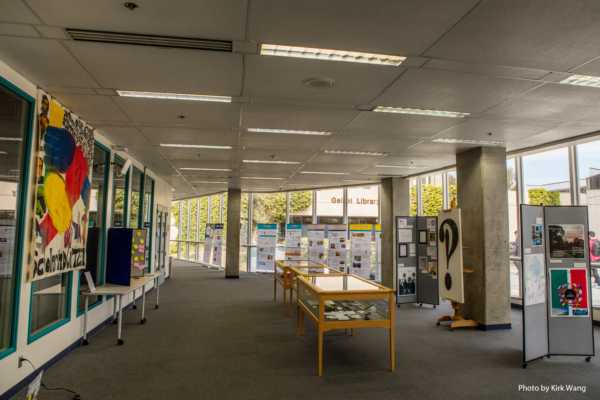