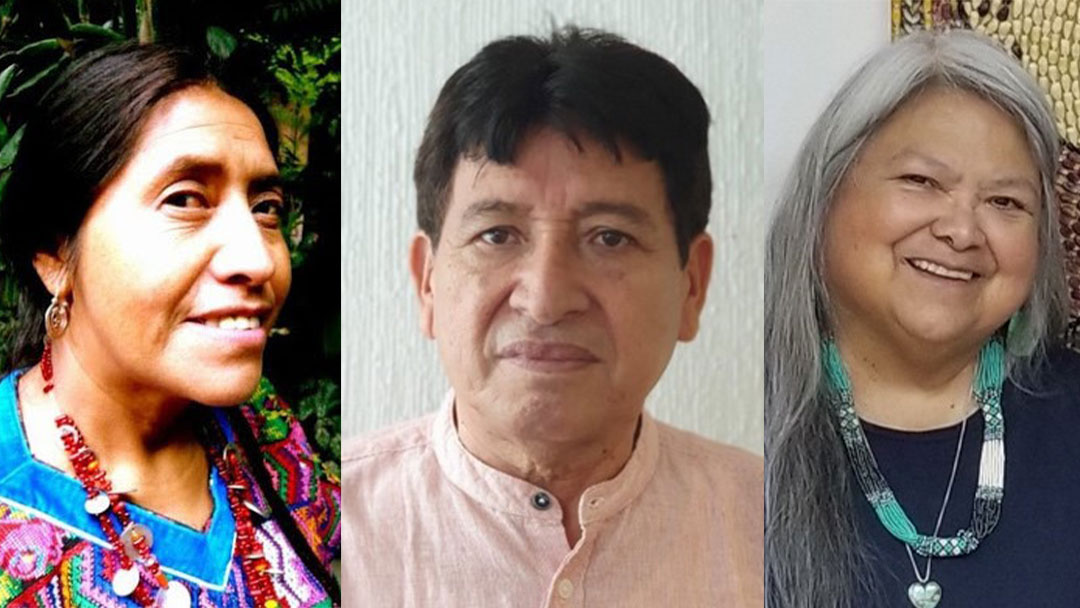 The greater San Diego-Tijuana region will get a rare opportunity to engage with contemporary Indigenous writing, from spoken-word performances and poetry readings by the authors themselves, to book signings, a film screening and special exhibition of material held at UC San Diego. The events are part of a larger international symposium addressing the importance and impact of Indigenous language and literature.

Organized by Dr. Gloria Chacón and Dr. Kathryn Walkiewicz, both of the UC San Diego Department of Literature, and Latin American Studies Librarian Dr. Sarah A. Buck Kachaluba, the complete conference will see more than 20 Indigenous communities represented, Feb. 24 and 25.

“We want to dispel the popular and conventional assumption that Spanish and British colonial powers succeeded in eradicating Indigenous languages through colonialism,” said Chacón, whose book, “Indigenous Cosmolectics: Kab’awil and the Making of Maya and Zapotec Literatures” was published in 2018, followed by a co-edited anthology “Indigenous Interfaces: Spaces, Technology, and Social Networks in Mexico and Central America,” published in 2019.

“Of course, Indigenous people use colonial languages to create literature, but creating in Indigenous languages is also a political and aesthetic act,” she said.

“The goals of this declaration are twofold: to raise awareness about the endangerment that they face as well as underline their contribution to the world’s diversity,” Chacón said. “Presenting and studying the works of indigenous poets exposes our community to the philosophy, the aesthetics and the politics of Indigenous communities within the U.S. as well as south of the border. It is also about asserting their resilience.”

In conjunction with the “Indigenous Writers and Their Critics” symposium, the UC San Diego Library will display “Indigenous Languages and Literatures of the America(s): An Exhibit Honoring Indigenous Writings from Turtle Island to Abiayala.” On display in Geisel Library through March 15, the exhibit will use materials from the Library’s collections to illustrate early to contemporary Indigenous works, including pre-Colombian pictorial and phonetic or alphabetic writing, Indigenous-Spanish works created by colonizing priests, Indigenous-to-Spanish dictionaries, and contemporary Indigenous literature, many written by authors participating in the symposium.

“The range of materials is fascinating as the exhibit items were created by different actors for different purposes, resulting in intended and unintended consequences,” said Buck Kachaluba. “For example, the chronicles penned by early-modern priests, dictionaries and instructional materials created to teach Spanish to Indigenous peoples, and primers printed by 20th century Latin American governments all served to preserve Indigenous language and culture, even as they sought to modernize and often eradicate Indigenous practices and traditions.”

In addition to eight panel discussions featuring top Indigenous language and literature researchers from the United States and Mexico, highlights of the inaugural conference include:

The Audrey Geisel University Librarian Dr. Erik Mitchell will open the symposium Feb. 24 at 8:45 a.m.; UC San Diego Intertribal Resource Center director Elena Hood, Ed.D. will give opening remarks Feb. 25 at 9:15 a.m. Access the full schedule, including times and a complete list of participants; all aspects of the symposium are free, open to the public and do not require registration.

“Before 1776, the first stories in the continent were Indigenous ones, whether these were oral or represented in various writing systems like Mayan glyphs,” she said. “My hope is that everyone gain a deeper understanding of the political, social, economic and cultural conditions Indigenous nations and Indigenous communities grapple with, as interpreted and articulated by the poets.”