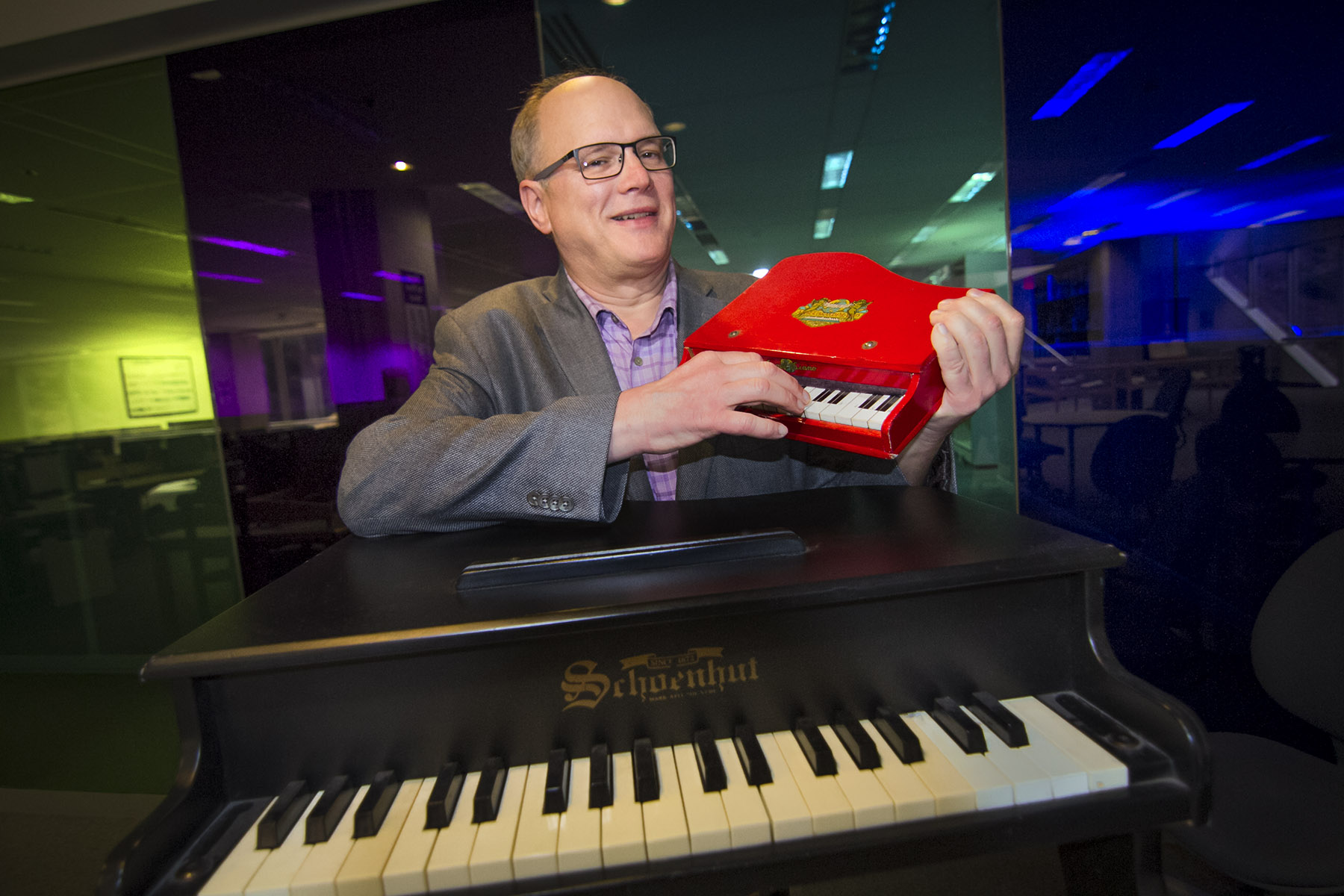 The toy piano was originally conceived as a child’s novelty, but the tiny instrument has gained popularity over the years and has been used in serious musical contexts. American composer John Cage wrote “Suite for Toy Piano” in 1948.  In addition, bands such as Radiohead, The Cure, and the B-52’s have all used toy pianos in their performances. To celebrate this mighty beloved musical instrument, the UC San Diego Library is hosting its 19th Annual Toy Piano Festival with two performances in September.

Join us on Thursday, September 5 at noon on the Forum Level of Geisel Library and for a special collaboration with the downtown Central Library on Sunday, September 15 at 2:30 p.m. in the Neil Morgan Auditorium.

Since 2000, the UC San Diego Library has hosted the popular festival to pay homage to John Cage’s birthday. In May of 2001, the Library of Congress issued a subject heading and call number for toy piano scores, at the request of Paulson, the Toy Piano Collection, and the events at Geisel Library. The call number is M 175 T69.

The toy piano collection at Geisel Library consists of commissioned scores, published literature and recordings, and actual toy pianos, ranging from simple four-note novelty keyboards to three-octave baby grands. A selection of toy piano scores and instruments will be on stage at both Library events. Both performances are free and open to the public.

Additional Performances: Sunday, September 15 at 2:30 p.m. in the Neil Morgan Auditorium at the downtown Central Library.