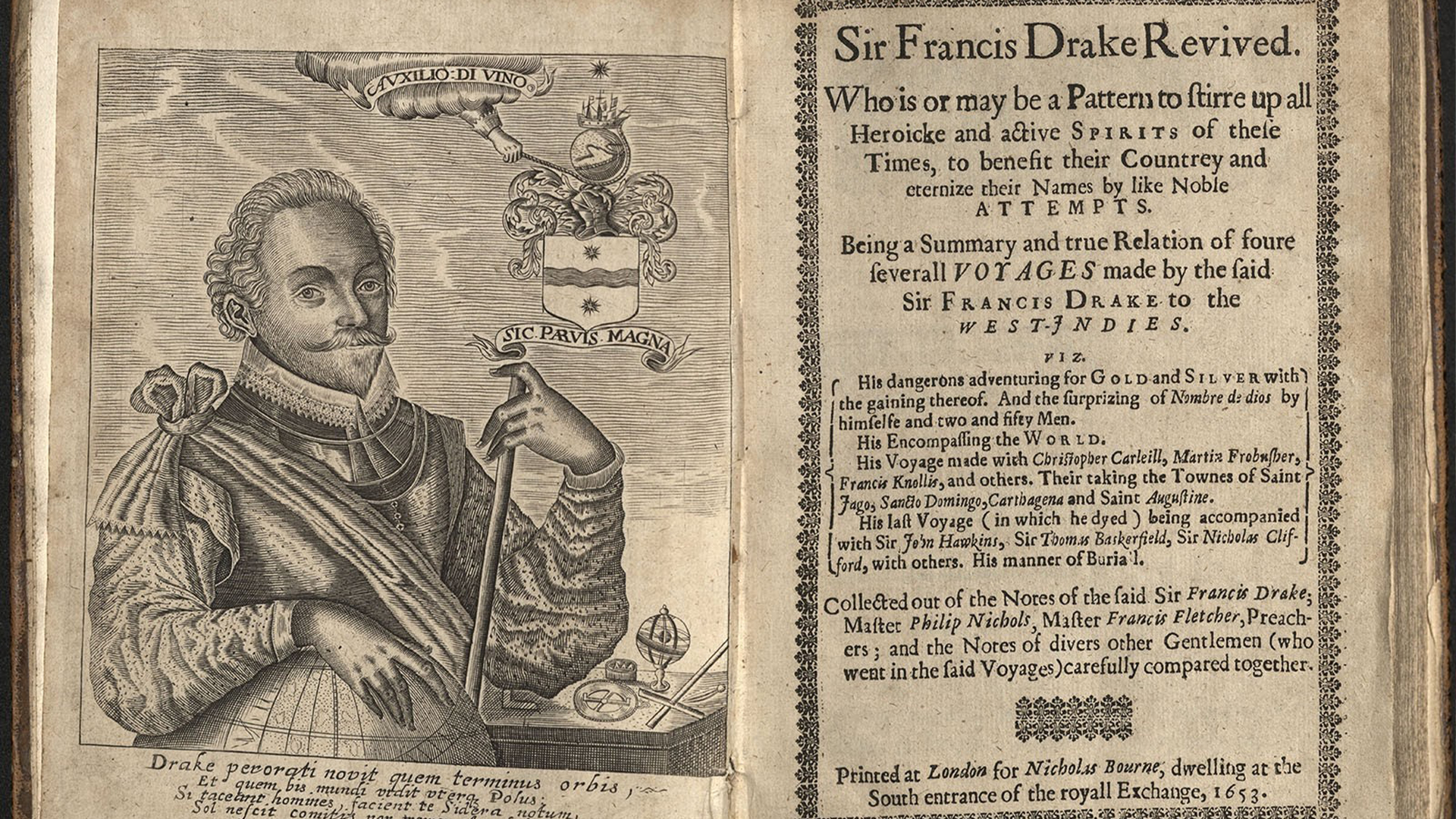 This exhibition illustrates seafaring life during the “golden age of piracy,” as well as more modern works that demonstrate the continuing influence of pirates in popular culture, utilizing images and text from the Hill Collection that are the focus of this exhibition. Curated by Dr. Mark G. Hanna of the UC San Diego Department of History.

Dr. Hanna explores the topics of Elizabethan Seadogs, a phrase coined in the 16th century to describe the sea-faring raiders authorized by Elizabeth I to steal from Spanish ships.   Notable Seadogs included Sir Walther Raleigh and Sir Francis Drake.  The rise of pirates in the novel began the 1700s, particularly The Life, Adventures, and Pyracies, Of the Famous Captain Singleton by Daniel Defoe with other forms of popular culture following suit in the early 20th century, including illustrations by popular artist N.C. Wyeth.