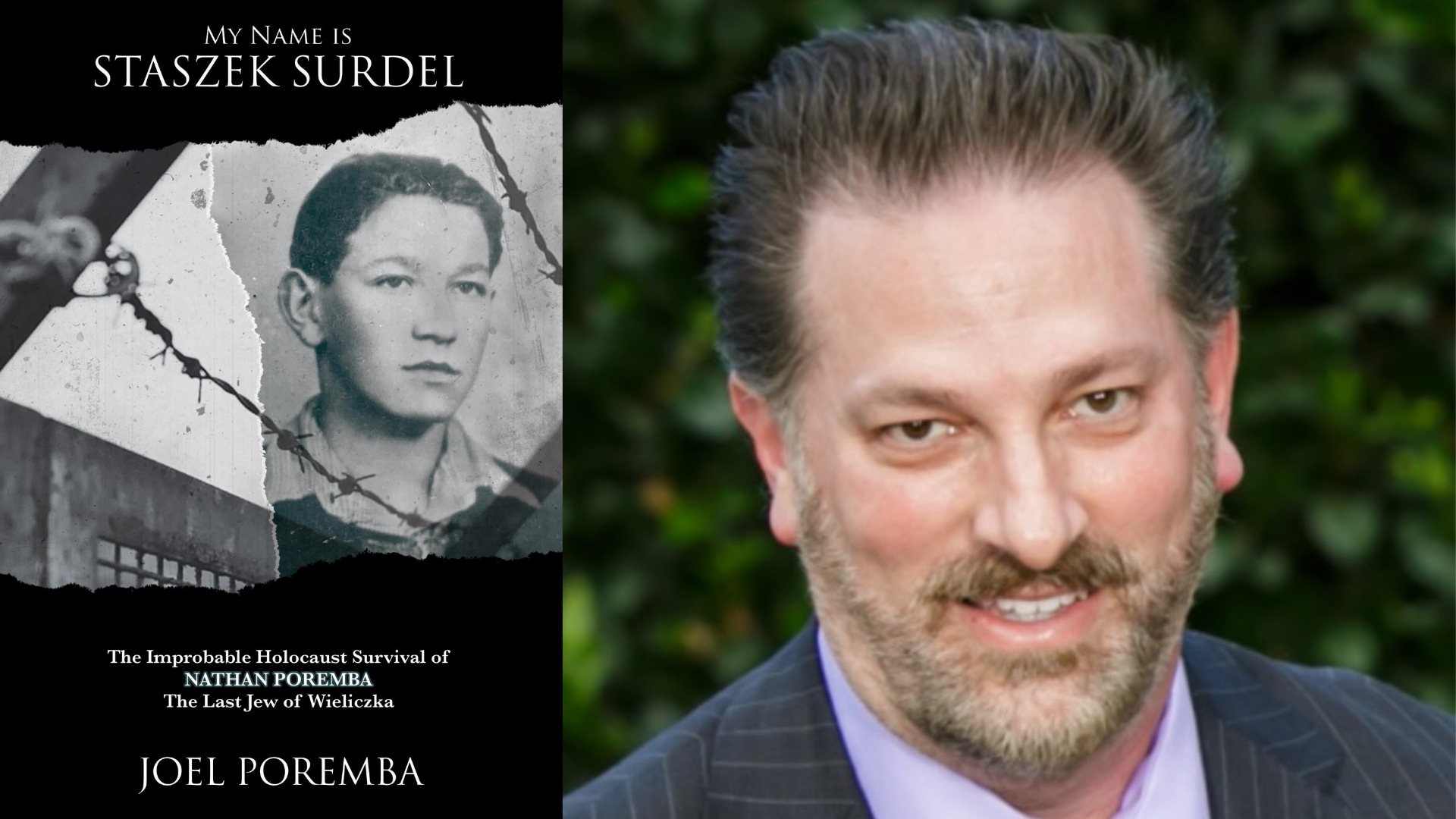 On September 12, 1939, barely two weeks into the German invasion of Poland, the childhood of nine-year old Nathan Poremba came to an abrupt end when his father was murdered outside his hometown of Wieliczka. For the next five and a half years, Nathan managed to outwit the Nazis through determination and sheer will. Repeatedly tempting fate, he refused to wear the required Star of David armband, snuck around Wieliczka, and purchased illegal train tickets.

After obtaining false papers bearing the name of a dead Christian boy named “Staszek Surdel”, Nathan worked at various jobs and survived two concentration camps, convincing Poles and Germans alike that he was Polish. It would take him half a century to begin talking about his harrowing ordeal. Joel Poremba’s account of his father’s improbable Holocaust survival, published in book form in 2021, constitutes a fitting tribute to a life of extreme hardship and endurance.

Orange County resident Joel Poremba, a graduate of Western State University, College of Law, and the University of California, San Diego with a degree in political science, is a business attorney with twenty-four years of litigation experience in both state and federal courts.

Registration is required, details are forthcoming.