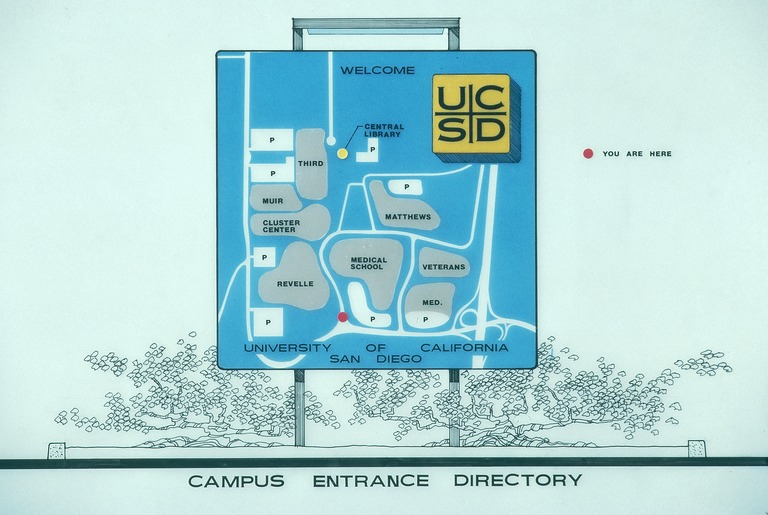 This site brings together a wealth of historical information about the UC San Diego campus, largely from the UC San Diego Archives, which are housed in the Mandeville Special Collections Library. While the impetus for this site has been the celebration of UC San Diego’s golden anniversary in 2010-2011, this site remains a permanent repository for historical campus resources, long after the 50th celebration concludes.

From the area that housed three U.S. military camps to one of the country’s most innovative and academically esteemed universities, the documents and symbols of UC San Diego’s rich past are here for you to explore and to use. The site includes campus news releases from 1956 to 1999; thousands of photos; significant documents in campus history; student newspapers; the published history of UC San Diego, An Improbable Venture; oral interviews with faculty and campus leaders; and much, much more. As UC San Diego moves ahead into its next half-century, this site will continue to grow, as we add newly discovered resources.