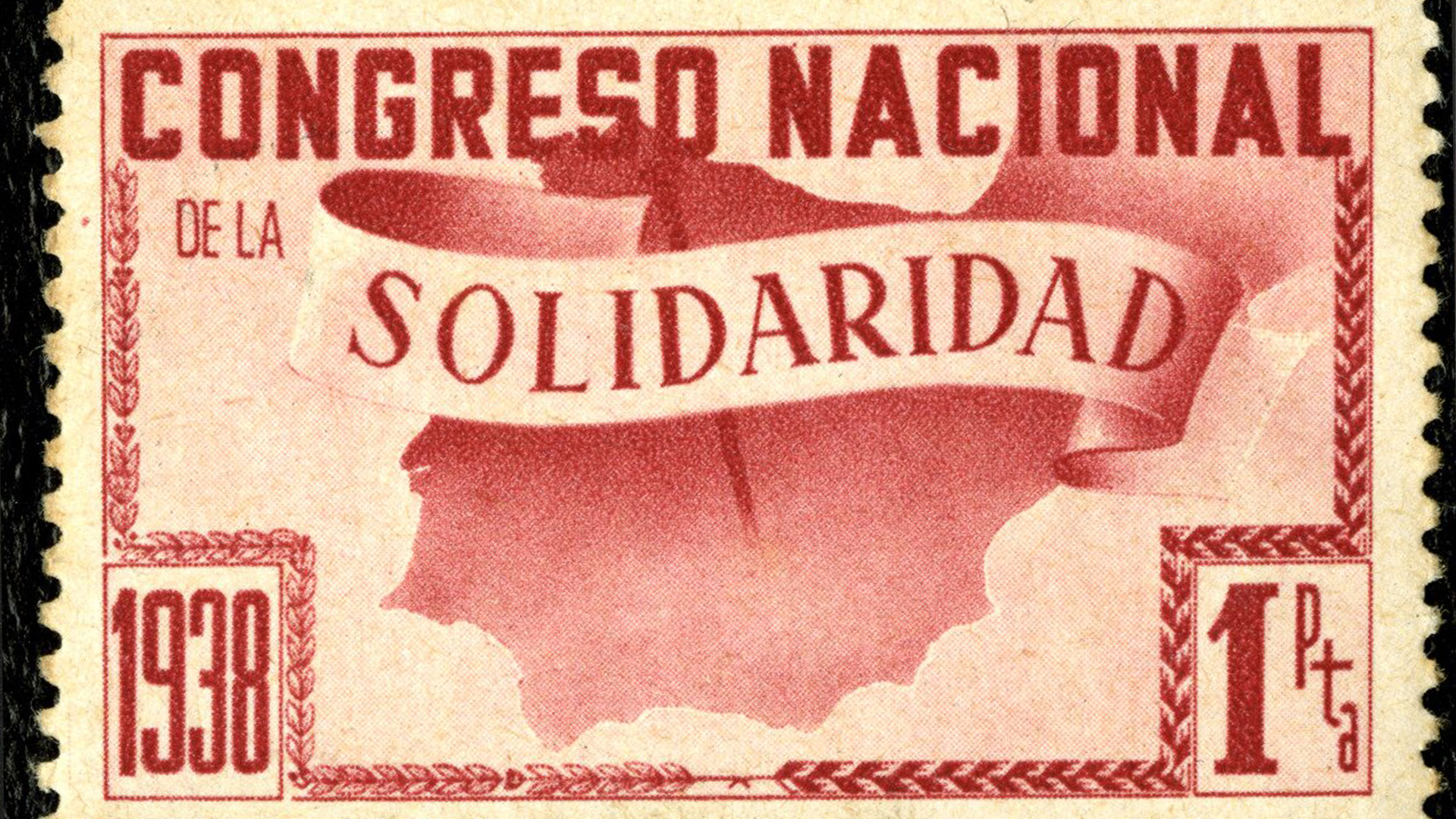 The materials featured in this digital exhibit were taken from the holdings of the Southworth Spanish Civil War Collection of the Mandeville Special Collections Library at the University of California, San Diego. It serves as a complement to other exhibits organized by the library and as a companion to the public and researchers interested to learn more regarding the use of diverse forms of media in one of the major episodes in the history of modern political propaganda.

Rather commonplace in modern usage, stamps served a number of purposes well before the twentieth century. Aside from their use by postal services to indicate the payment of postage fees, stamps have been used for tax collection, food rationing, publicity, and other purposes. Often printed in color and with a wide variety of styles, designs, and artwork, these small forms of media were utilized extensively during the Spanish Civil War.