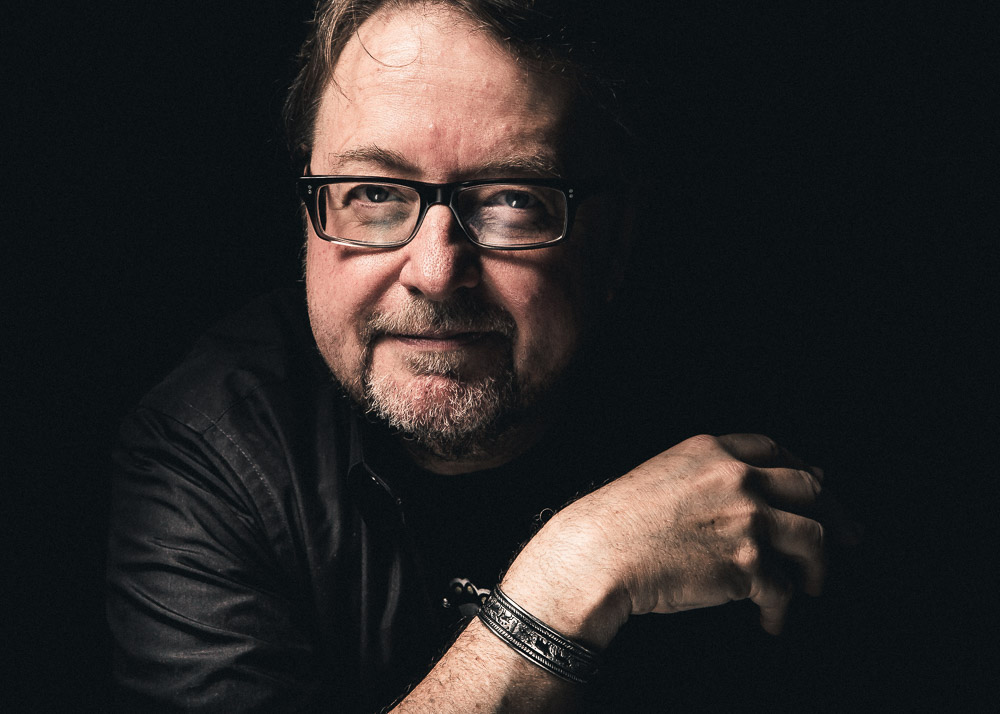 San Diego-raised novelist and UC San Diego alumnus, Luis Alberto Urrea ‘77, will be the featured speaker at this year’s Dinner in the Library on Friday, September 21, 2018 in Geisel Library.

Hailed by NPR as a “master storyteller with a rock and roll heart,” Urrea is a prolific author who draws inspiration for his novels from his binational upbringing and dual cultural experiences to explore greater themes of love, loss and triumph.

Urrea was born in Mexico, living the first part of his youth in Tijuana before moving to San Diego in the 1950s. Similar to other writers, he got his start in literature writing poems to impress girls in junior high. His early heroes were all rock stars, but not being musically inclined Urrea chose to follow in the steps of his literary role models. Even though Urrea’s UC San Diego journey began as a theater major, it was the Literature Department that ultimately led him to graduation day. Today, Urrea is most recognized as a border writer, though he says, “I am more interested in bridges, not borders.”

A 2005 Pulitzer Prize finalist for nonfiction and member of the Latino Literature Hall of Fame, Urrea is the best-selling author of 17 books and has won numerous awards for his poetry, fiction and essays.
His newest book, “The House of Broken Angels,” described as an “epic, rambunctious and highly entertaining” saga by The New York Times, paints a powerful and unforgettable portrait of a Mexican-American family and the American dream.

“The Devil’s Highway,” his nonfiction account of a group of Mexican immigrants lost in the Arizona desert, won the Lannan Literary Award and was a finalist for the Pulitzer Prize. His highly acclaimed historical novels “The Hummingbird’s Daughter” and “Queen of America” together tell the epic story of his father’s aunt, Teresita Urrea, who was a healer and Mexican folk hero. “The Devil’s Highway,” “The Hummingbird’s Daughter” and his novel “Into the Beautiful North” have collectively been chosen by different cities and colleges across the nation for community-wide reading programs. In 2012, “Into the Beautiful North” was the One Book, One San Diego selection. In 2017, the novel was adapted in a production and was performed in theaters across the U.S. That same year, Urrea won an American Academy of Arts and Letters Fiction Award and his collection of short stories, “The Water Museum,” was a finalist for the 2016 PEN/Faulkner Award and was named a best book of the year by The Washington Post among other publications.

More details on how to purchase tickets for Dinner in the Library will be announced in the coming weeks at lib.ucsd.edu/dinner.