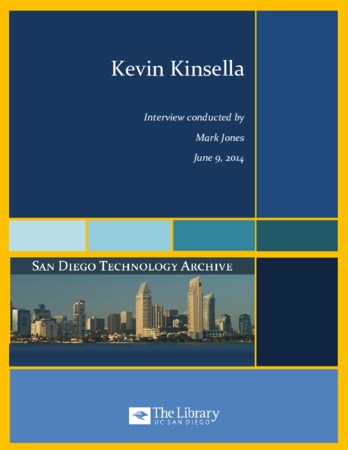 Mr. Kevin J. Kinsella is the Founder and Managing Director at Avalon Ventures, LLC. He founded the firm in March 1983. Mr. Kinsella serves as Managing Member of Panmira Pharmaceuticals, LLC. He co-founded AnaptysBio, Inc., in 2005 and serves as its Executive Director. He is founder of Ambit Biosciences Corporation and served as its Chairman of the Board. He was founder of HauteDecor, Inc. and served as its Chairman. He has been active in the venture capital industry since 1981, when he founded Spectragraphics Corporation. Mr. Kinsella was a Founder and Chairman of Athena Neurosciences, Aurora Biosciences Corporation, and Landmark Graphics Corporation. He has specialized in the formation, financing and/or development of more than 100 early-stage companies like Amira Pharmaceuticals, AnaptysBio, Cardeas Pharma, Synaptics; Vocera Communications, and Juliet Marine Systems. Mr. Kinsella worked for Solar Turbines International, Caterpillar Tractor, where he was in charge of all international joint ventures, barter and counter-trade. He is the Founder of Axys Pharmaceuticals, Inc., (formerly Sequana Therapeutics Inc.). Mr. Kinsella served as the Chairman of the Board of Directors and Acting Chief Executive of Sequana Therapeutics Inc. He served as the Chief Financial Officer at Sequana from January 1995 to September 1995 and a Director since its inception in February 1993. Mr. Kinsella is the Chairman of Ansata Therapeutics Inc. Mr. Kinsella serves as the Founding Chairman of Onyx Pharmaceuticals, Synaptics, Vertex Pharmaceuticals, and X-Ceptor. He has been a Director of Panmira Pharmaceuticals, LLC since November 28, 2005 and Sirion Holdings, Inc. since October 21, 2006. Mr. Kinsella has been a Director of Amira Pharmaceuticals Inc. since November 28, 2005. He serves as a Director on the Boards of Cardeas Pharma, Juliet Marine Systems, Avelas, InCode BioPharmaceutics, Avelas Biosciences, Inc , Sirion Therapeutics, ReVision Therapeutics, Inc., and Sytera Ophthalmics Inc. Mr. Kinsella is a Board Observer at Ambit, BioVex and Acceleron. He served as a Director of Liberty Mint, Ltd. since 2004. He served as a Director of Vertex Pharmaceuticals Incorporated. He served as a Director of Senomyx Inc. since May 1999 and Akesis Pharmaceuticals, Inc. since 1998. Mr. Kinsella is a Member of the Dean's Advisory Board for Johns Hopkins School of Advanced International Studies and SAIS. He is a Member of the Council on Foreign Relations. Previously, Mr. Kinsella was an Advisor to the Peruvian government in National Nutrition Planning, ran a technology exchange program between the United States and Latin America, and taught algebra at the American High School. He was also a guest op-ed columnist for the Boston Herald American. He is the holder of two U.S. Patents on anti-diabetic compounds. Mr. Kinsella was a Rotary International Fellow at the University of Stockholm. He won the Tony Award for producing the mega-hit Broadway musical, Jersey Boys, and partnered with Rhino Records (Time Warner) in producing the Grammy Award-winning Jersey Boys Original Cast Recording. In 2012, Mr. Kinsella also received a second Tony nomination for Best Revival of a Musical for Jesus Christ Superstar. His collection of California Plein Air art, housed at the Kinsella Library, is among the best in the world. He holds an M.A. degree in International Relations from the Johns Hopkins School of Advanced International Studies in 1969 and did post-graduate work in Political Economy on a Rotary International Fellowship at the University of Stockholm, Sweden. Mr. Kinsella graduated from the Massachusetts Institute of Technology in 1967 with a B.Sc. in Management, with minors in Electrical Engineering and Political Science. [Source: Bloomberg Businessweek]