Ephemera, including handbills, broadsides and posters, printed by the Partido Comunista de España (Communist Party of Spain or PCE) or groups affiliated with the PCE in Madrid during the years of the Spanish Civil War (1936-1939). In terms of content, most of the smaller handbills and the posters have simple one-line messages in support of specific theme such as unity among antifascists or mobilizing individuals to join the rearguards and the vanguards of the war effort. Many of the broadsides include more extensive statements regarding Communist ideology, the plight of the proletariat, and the equal treatment and active involvement of women and youths in the factories and, even, at the frontlines. Images were digitized from originals held by the UC San Diego Library. 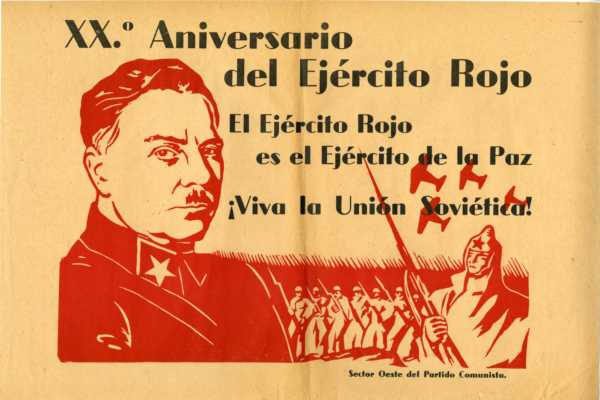