The California Cooperative Oceanic Fisheries Investigations (CalCOFI) are a unique partnership of the California Department of Fish & Wildlife, NOAA Fisheries Service and Scripps Institution of Oceanography. The organization was formed in 1949 to study the ecological aspects of the sardine population collapse off California. Today the focus has shifted to the study of the marine environment off the coast of California, the management of its living resources, and monitoring the effects of climate variability and climate change.

A combination of multi-frequency acoustics and midwater trawl samples were used to estimate the biomass and distribution of mesopelagic and epipelagic (sardine and anchovy) fishes as well as macrozooplankon and identify areas of enhanced productivity and concentration in the southern California Current.

Acoustic has been used to remotely detect aquatic organisms for more than half a century. As a non-invasive technique, the use of sound provides a real-time high resolution technique to study aquatic organisms, both quantitatively and qualitatively, with the capacity to reveal complex dynamics of the local biology that include their response to micro- and meso-scale oceanographic features, such as fronts. The methods and potential to identify different groups remotely have improved as the technology has evolved, with the addition of correction factors, development of calibration procedures, and studies of the relationship between echo amplitude and size, material properties of organisms and orientation with respect to the acoustic beam. A multi-frequency acoustic system takes advantage of the differential response of targets of different sizes and composition to different wave lengths, thus enabling discrimination of small organisms (i.e. zooplankton) from large ones (i.e. fish) and fish with air-filled swimbladders from those without.

Tony Koslow, now emeritus, led the acoustics group at Scripps, which collected acoustic data on the CalCOFI and California Current Ecosystem Long-term Ecological Research (CCE-LTER) cruises. This acoustic data are the primary subject of the collection here. The data come from up to 4 cruises per year from 2009 – 2015. Each cruise covers 6 or more transects (each 500 km or more) from San Diego to north of Pt Conception (Map of transects). Each cruise is ~16 days duration, with the 5-frequency echo sounder collecting data on each frequency from the surface to 1000 m depth continuously. For these CalCOFI cruises the primary focus of the Koslow lab was to generate acoustic data that can be used to obtain snapshots of ecological populations and monitor changes. Trawl nets were also used to sample species directly, and to help model the acoustic backscatter in relation to the actual species in the water. These data are also included in the collection.

In 2004, the CalCOFI surveys became part of the LTER (Long Term Ecological Research) ecological studies network as a site to understand the pelagic ecosystem of the California Current. The CCE-LTER project has expanded CalCOFI objectives, including the addition of midwater trawl and acoustic sampling. LTER also conducts quasi-annual process cruises in the CalCOFI region and operates autonomous gliders along lines 80 and 90 (http://spray.ucsd.edu/).

All fishes were collected with a MOHT trawl (Oozeki et al. 2004). Volume filtered was estimated from calibrated TSK flowmeter readings. The fish collection methods are described in Davison et al. 2013.

Acoustic backscattering data were collected between stations using a hull-mounted Simrad EK60 split-beam echo sounder equipped with five frequencies (18, 38, 70, 120, and 200kHz). The EK60 was calibrated before each cruise using the standard sphere method (Foote et al., 1987). Pulse length was set to 1.024ms with a ping rate of 0.5s_1. Beam angles were 71 for the 38kHz transducers and111 for the 18 kHz. Power for both 18 and 38kHz transducers was 2kW. As the three highest frequencies did not reliably penetrate to the depth of the daytime deep scattering layer (DSL) at the vessel transit speed (10knot), they were not used in this study. Acoustic data were processed and noise removed using Echoview software. Nautical area scattering coefficient (NASC) was calculated over 100m distance segments by 5m depth intervals. See Davison et al. (2015a) for further details of acoustic data analysis methods.

This data collection was made possible by the contributions and cooperation of the volunteers, students and post-docs in the Koslow lab: Ana Lara-Lopez and Pete Davison, Amanda Netburn, Kayla Blincow, Xochitl Rojas-Rocha, James Xie, Tais Castellano, and Tiffany Au. The CalCOFI sea-going team was particularly helpful, in particular David Wolgast, Jim Wilkinson, and Jennifer Rogers-Wolgast. The captains and crews of several research vessels, including the RV New Horizon, Melville, and Thomas Thompson also made these collections possible. We are grateful to Mike Landry and Mark Ohman, who led the CCE-LTER cruises, and to the NSF for funding the CCE-LTER field program, the Gordon and Betty Moore Foundation which funded the trawl and acoustic gear, and NOAA for its support of the CalCOFI program. 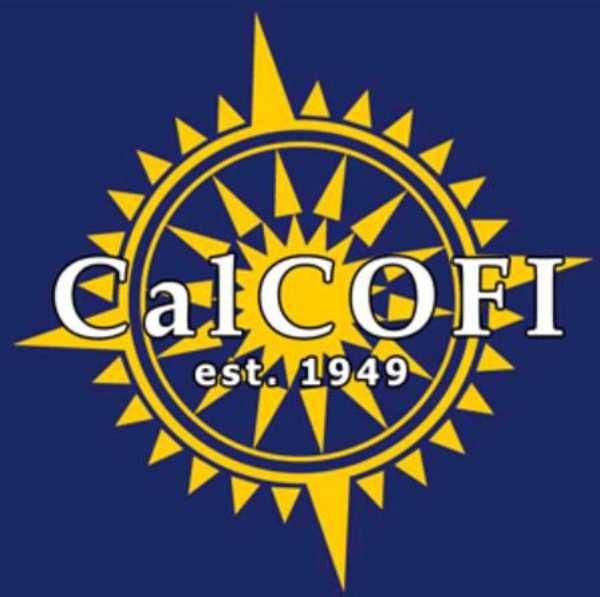