In addition to writing his own poetry and translating such writers as Octavio Paz and Julio Cortázar, Blackburn played an important role in the New York poetry community, helping fledgling poets develop and providing emotional support and opportunities to read for both unknown and established writers at the various reading series with which he was involved. He was central in organizing readings that offered work from the Beats, the New York School, the Deep Image Poets, and the Black Mountain Poets. He organized and attended poetry readings at St. Marks, Café Le Metro, Les Deux Mégots, Max's Kansas City and other bars and clubs, and hosted his own poetry radio show, "Contemporary Poetry" on WBAI in New York. He recorded readings, lectures, conversations about poetry with friends, as well as radio and news broadcasts.

The editor of Blackburn's posthumously published Collected Poems (1985), Edith Jarolim, has called this collection "the most comprehensive oral history of the New York poetry scene between the late 1950s and 1970." An example of its rarities is the only known recording of an interview by the poet Mina Loy. Among others, the collection includes recordings of Robert Kelly, Robert Creeley, Amiri Baraka, Diane Wakoski, Allen Ginsberg, and Jerome Rothenberg.

There is a wide variety of tapes in the complete audio collection, including news events, music, and radio broadcasts. This digitized collection includes Paul Blackburn reading in public and private; group readings or lectures in public; conversations among Blackburn and his friends; and taped "letters" from friends living in various parts of the world. 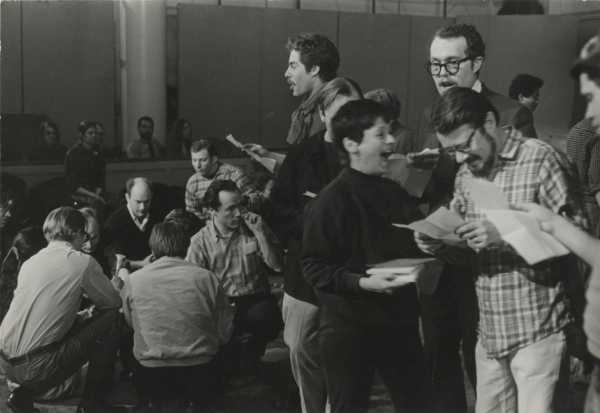