Halobates is the only insect genus with representatives living their entire lives in the open ocean. It is a member of the true bug order Heteroptera and belongs to the family Gerridae which includes pond skaters commonly found in freshwater ponds, lakes, streams and rivers. Although the genus was first discovered in 1822, not much was known about its biology or special adaptations which enabled it to live in the open ocean where no other insects were able to survive. This was largely because few entomologists have any reasons to venture out to sea. Being attached to the Scripps Institution of Oceanography (SIO) with sea-going vessels has given me opportunities to study them at sea. What we now know about their distributions, biology, special adaptations and phylogeny can be found in reviews listed under 'Publication'.

This project was initiated when interests on heavy metal pollution Worldwide were generated following discoveries on lead poisoning from additives in petrol in the 1970s. Air pollutants eventually rain down to earth. Since the ocean covers more than 70% of the earth’s surface, many chemical oceanographers were interested in finding out the presence and concentrations of heavy metals in the sea. It is relatively straightforward to measure heavy metal concentrations in seawater but measuring those that occur at the surface film which is the entry point of pollutants to the ocean is quite another matter. Methods and precautions needed in order to prevent contamination of surface samples were difficult to surmount. Halobates are completely wingless. They do not fly, nor dive throughout their lives. They are completely restricted to the sea-air interface. They were easy to collect and samples could be cleaned prior to measurements to give dependable results. They can therefore be useful indicators of heavy metal concentrations on the ocean film.

The samples used for analyses were collected from the Atlantic and the Pacific Oceans. They were all collected by net tows during oceanographic cruises operated either by the SIO or other institutions and given to me. Halobates specimens were separated from other plankton organisms and preserved either in 5% formaldehyde or 70% ethanol. Formaldehyde preserved samples were later rinsed several times in fresh water then transferred to 70% ethanol.

Insects were removed from preservatives, rinsed in filtered water, blotted dry with Kimwipe tissues and placed in pre-cleaned polyethylene vials with tops covered by Kimwipes. They were then dried in an oven at 60 C for 24-48 hours. They were analyzed for heavy metals using an optical emission spectrometer system specially designed for multi-element analysis of biological tissues (Cheng, Alexander, and Franco, 1976). Confidence in the accuracy of the spectrometric analyses was established by analyzing the Standard reference Material 1577 (Orchard leaves) and 1571 (bovine liver) provided by the U.S. National Bureau of Standards. Agreement was within 10% of the certified values.

In order to ascertain that measurements from differently preserved samples were comparable, fresh samples were collected and preserved in formaldehyde, 70% ethanol, freeze-dried or oven-dried for comparison. We were satisfied with heavy metal analyses results.

A total of 844 Halobates samples were analyzed for heavy metals of which 293 were collected from the Atlantic Ocean and the rest were from the Pacific Ocean. Only Cd was analyzed for the Atlantic samples and results have been published (see list of publications; original data are not available). Insect samples from the Pacific were analyzed for 25 elements but only data of the following heavy metals are available: - Cr (chromium), Cu (copper), Pb (lead), Mn (manganese), Ni (nickel), Ti (titanium) and Zn (zinc). Data on cadmium have been published (original data are in Lanna Cheng archive, UCSD) but data on the other 7 heavy metals remain largely unpublished.

This research was primarily funded by the Office of Naval Research (ONR), USA. 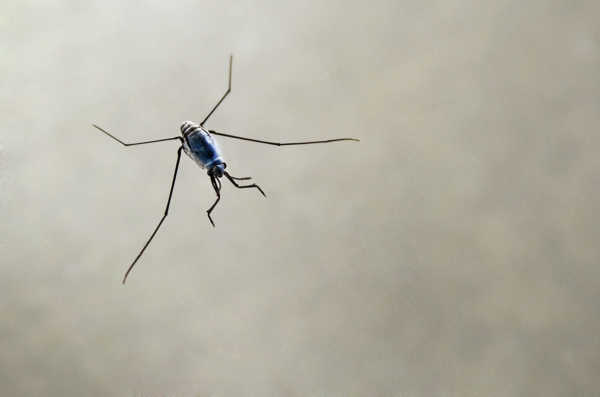