The Robert Mosher collection includes photographs of the interior and exterior of architectural structures as well as plans, drawings, elevations, models, studies, and materials samples of UC San Diego buildings and spaces. Development and master plans are also included. Most of the buildings and structures in this collection were designed by Robert Mosher but there are some images of UC San Diego structures that were designed by other architectural firms.

Robert Mosher (1920 – 2015) and Roy Drew (1913 - 2004) partnered to create the architectural firm Mosher Drew. The firm's early work was primarily residential and commercial commissions in La Jolla, though landmark projects soon followed including the San Diego-Coronado Bay Bridge. In the late 1960s, Mosher was commissioned to lead a team of architects to design the cluster of buildings which became Muir College at UC San Diego. Mosher is best known for pioneering San Diego's modern architectural movement. Mosher and his firm won numerous awards, including the American Institute of Architects' Excellence Award for design of the art gallery at UC San Diego in 1966. In 1970, Mosher was elected to the American Institute of Architects College of Fellows for design. 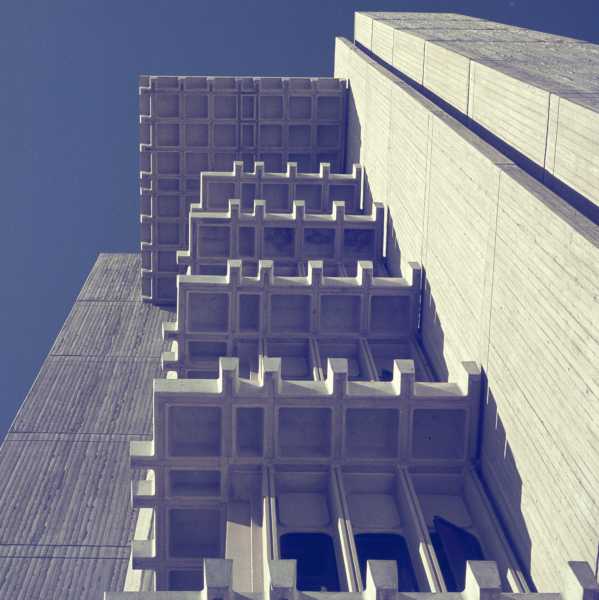