"Gatherings: Event, Agency, and Program" (Gatherings) is a work of new media art that was written, produced, and performed by Jordan Crandall, a professor and new media artist in the Visual Arts Department at UC San Diego. Gatherings is a mixed-media performative lecture that studies the nature of events and new forms of awareness, cognition, and material agency that emerge in the wake of technological change. It shows how technologies of tracking and surveillance transform people and objects into actors, influence them to come together as matters worthy of attention. It enables us to see how actors gather into composites, assemble, relate, and affiliate in occurrences that are more than the sum of their parts. Gatherings utilizes spoken word, choreography, 3-channel video projection, and 4-channel sound.

Prof. Jordan Crandall performed Gatherings at the 2011 Transmediale in Berlin where it was the winner of the Vilém Flusser Theory Award for outstanding theory and research-based digital arts practice. Gatherings is important to the university archive because its narrative works to transform the piece into an academic lecture that extends the medium beyond conventions of genre and form, providing insight into how our society is affected by digital and networked technologies at a time when they are becoming pervasive and integrated into our everyday lives. 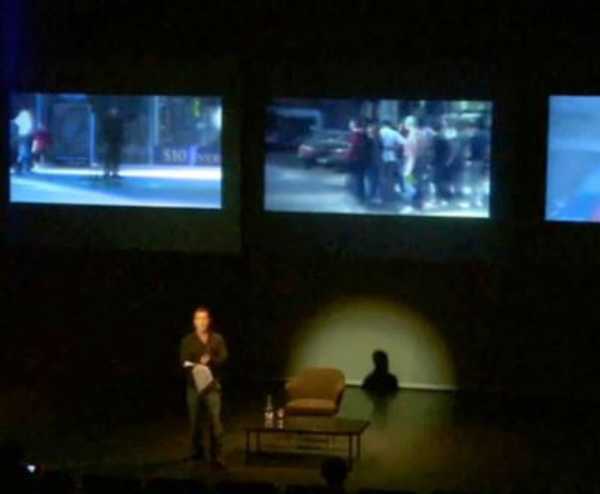