One researcher, KLJH, sampled bees at all study plots, on sunny days with light wind. Sampling consisted of bowl-trapping and aerial netting. Bowl traps consisted of plastic bowls 7 cm in diameter that were white (left unpainted) or painted fluorescent blue or fluorescent yellow and filled with roughly 60 ml of unscented detergent solution. During each survey, 30 bowl traps were placed at a study plot before 0900 h and collected after 1500 h. Traps were placed on level ground in an alternating sequence of colors, deployed in two roughly linear transects originating from the corners of each plot and forming an “X” formation near the plot’s center. Traps were placed 5-10 m apart from one another and at least 1 m from the canopy of large shrubs to avoid being shaded. During aerial netting, bee species other than honey bees were collected regardless of whether they were on flowers, in flight, or in the vicinity of presumed nesting substrates. Large bees that could be identified on the wing (e.g., carpenter and bumble bees) were not exhaustively collected. In 2011, surveys were performed ca. every 2-3 weeks at each study plot (n = 9 survey days per plot), during which time, 60-min bouts of netting were performed once between 0900 h and 1200 h and once between 1200 h and 1500 h (120 min total per site per survey). In 2012, in order to accommodate a larger number of study plots, surveys were performed ca. every 3-5 weeks (n = 5 survey days per plot) and included only a single 60-min bout of netting at each plot during each survey. Due to logistical challenges related to sampling permits, two study plots (ECR1 and ECR2) were only sampled four times in 2012 instead of five.

Concurrently with the bee sampling, the identities of entomophilous plant species occurring in each plot in each year were documented; in 2012, the abundance (number of individuals) of each plant species that was blooming during each survey was also estimated. Because many key plant species in the study system are patchily distributed and because the thick growth of large, woody shrubs prohibited the use of random linear transects at many of the study plots, documenting blooming plants was achieved by walking through pre-planned paths that allowed the observer’s field of view to cover the entirety of the study plot. 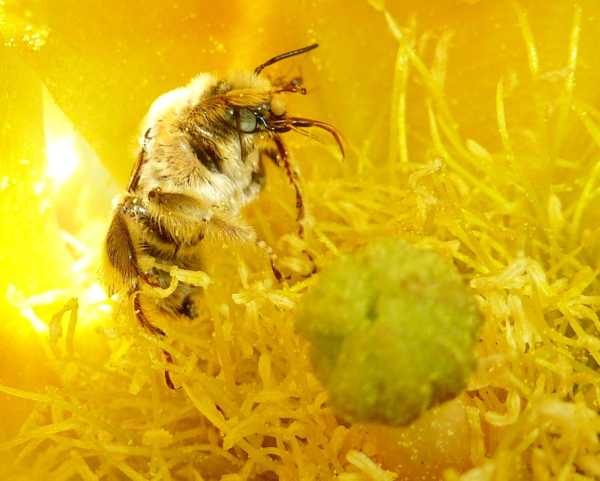