Data from: A Glimpse through Time and Space: Visualizing Spatial Continuity and History-making at Çatalhöyük, Turkey

Data from: A Glimpse through Time and Space: Visualizing Spatial Continuity and History-making at Çatalhöyük, Turkey

This collection is an updated version of a previous collection made available in 2018 (https://doi.org/10.6075/J0SX6BDP). It is part of the revisions required in the peer-review process of the related journal article. This new peer-reviewed collection includes a set of revised 3-D models of the Shrine 10 sequence of building at the Neolithic site of Çatalhöyük, Turkey, derived 3-D renders, an executable Win64 desktop app that interactively reconstruct the case study, a set of Unity 3D game engine asset packages ready to import in a new project as users see fit, and the Unity 3D game engine project, including the app source code and visual assets, we used to build the app. This new collection also includes sets of metadata that describe building elevations, chronology, and burials and, most importantly, an extensive set of paradata that capture our 3D modeling argumentation process using the ontology CIDOC CRM.

The Shrine 10 sequence is made of four superimposed buildings – or five, depending on whether Shrines VI.A.10 and VI.B.10 are considered two separate buildings or two phases of the same one. It was uncovered at Çatalhöyük between Mellaart’s excavation in the 1960s and more recent archaeological work conducted in the framework of the Çatalhöyük Research Project, under the direction of Ian Hodder. With multiple rebuilds and phases that characterize some of its buildings, this sequence covers a significant part of the entire site’s chronology, spanning from the later levels (South K-L) attributed to the site’s early period (c. 7100-6700 BC) to its entire middle period (Mellaart levels VII-VIB-VIA, tentatively associated with Hodder levels South M-N-O; c. 6700-6500 BC). Although the final results of a site-wide, high-definition Bayesian radiocarbon chronology are still underway (Marciniak et al. 2015), a rough estimate of a life-use of about 300 years can be tentatively provided for the reconstructed buildings, given the preliminary chronological grouping of stratigraphic levels.

Çatalhöyük houses that are rebuilt multiple times also tend to be more elaborated (both architecturally and symbolically) and to contain multiple burials. In particular, the link between burials and multiple rebuilds is crucial, as it signals the extended time depth of a household both through ancestral connection – i.e. the physical presence of human remains buried below the house’s floors – and by the physical endurance of the house itself. For this reason, buildings that comprise multiple rebuilds, architectural and symbolic elaboration, and multiple burials have been termed ‘history houses’ by Hodder and Pels (2010), and are interpreted as houses that achieved an important social and symbolic status within the wider community, although this socio-symbolic importance does not seem to correlate with greater wealth or preferential access to resources.

The archaeological research necessary to create the 3-D models featured in this collection was conducted by Gesualdo Busacca, and Nicola Lercari in 2016-2019. The 3-D models were created by Grant Cox (ArtasMedia) and Nicola Lercari while the Unity app was created by Jad Aboulhosn and Nicola Lercari. 3D models are archived in .fbx and in the open 3-D format .x3d to guarantee interoperability between different digital content creation and 3D visualization platforms. The models were created in Autodesk 3D Studio Max using standard polygonal modeling. They include “baked” textures to be easily imported in Unity 3D or Unreal game development ecosystems and enable virtual reality exploration. Grant Cox also created the 3-D renders in V-Ray for 3DS Max and the uncertainty maps.

Instructions on how to reuse the data are included in the technical detail of each item. 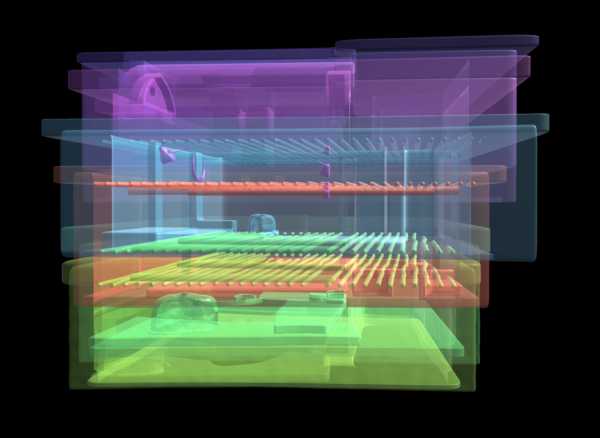