Letters from Richard Dering, which provide a detailed account of his activities and travels in Sonora, Baja California, the islands of the Gulf of California, and up the Pacific Coast to San Francisco. The letters are primarily written from Isla Elide, Georges Island, Guaymas, Magdalena Bay, and San Francisco.

Dering was an agent of the Lower California Company, active in the orchilla and guano trades. He was an early white settler at Magdalena Bay, Baja California, Mexico and also lived in San Francisco, California. The collection consists of 63 letters from Dering to his sisters, Frances M. Dering and Elizabeth P. Dering of Sag Harbor, and 7 letters between Elizabeth and others following his death. 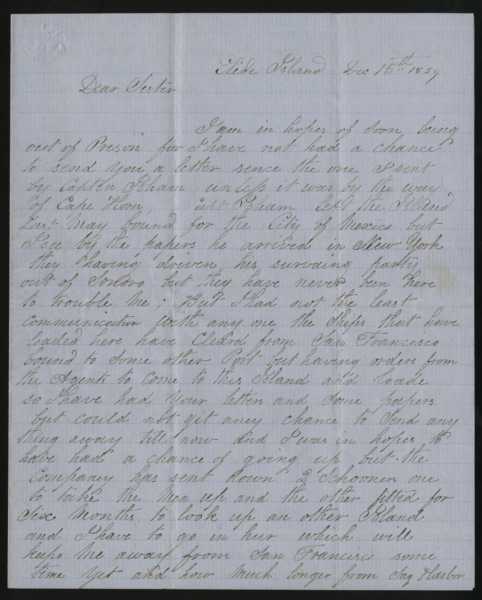