Papers of George Fearing Hollis, Union Naval officer (1861-1865) and United States Consul to Cape Town, South Africa (1888-1893). The papers consist mainly of correspondence Hollis wrote to his mother and wife during the Civil War, describing both personal and war-related activities aboard three different vessels engaged in blockading on the eastern seaboard and the Gulf of Mexico; appointments, promotions, and official acts; and memoirs written after the Civil War documenting his role in various battles and expeditions.

The collection also contains correspondence regarding his tenure as the United States Consul in Cape Town, focused largely on the aftermath of the 1892 murders of a ship captain and his wife aboard the William Hales. These files document accusations made against Hollis regarding safekeeping of valuables, and his efforts to clear his name. Also included are miscellaneous official records, memos, and correspondence; political songs and poems relating to the Boer wars; and an undated handwritten manuscript on mining and geology in Mexico. 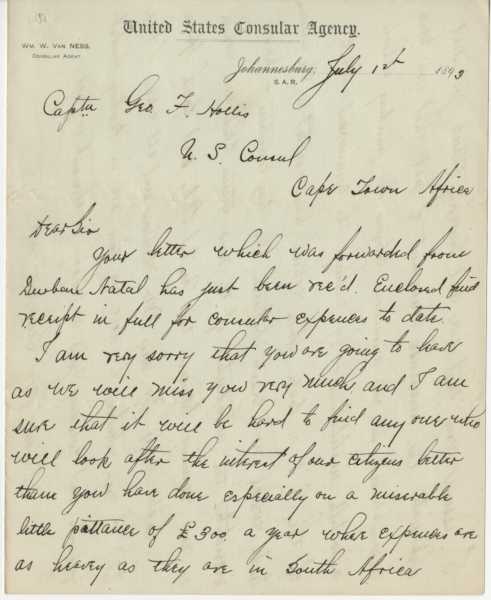