This collection documents anthropological fieldwork by American anthropologist, Edwin Hutchins, and presently includes photographs created by Hutchins and his wife, Dona. The main fieldwork took place between July 1975 and September 1976, in the Trobriand Islands of Milne Bay Province, Papua New Guinea, primarily on the island of Kiriwina (also known as Boyowa).  During this time the Hutchins were based in the village of Tukwaukwa.  Other areas of Papua New Guinea visited by both Edwin and Dona Hutchins, and depicted in the photographs, include Kairiru in East Sepik Province, Port Moresby and its surroundings, and Western Highlands Province.  Also included are images of the peoples of Manus, taken by Edwin Hutchins during a 1973 trip.  The Kiriwina photographs depict many aspects of social and material life.  Topics of special interest include ceremonial exchange in the context of mourning rituals, construction and sailing of outrigger canoes, weaving of colorful fiber skirts, as well as many portraits of the people of Kiriwina. 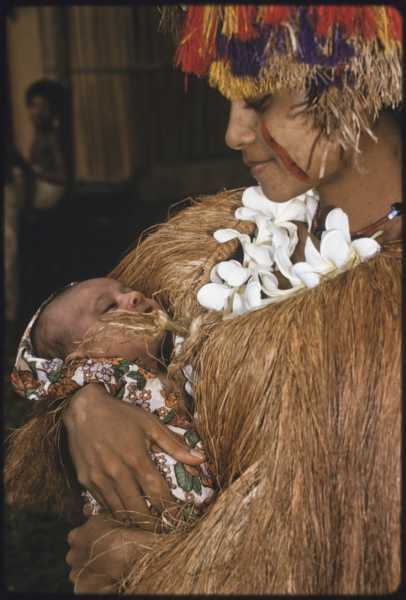