The Chinese News, founded by Mr. Ting in 1983, distributed news and advertising to the Chinese-American population in San Diego until 1998. The weekly newspaper contains local and international news articles written in Chinese in addition to advertising in English and Chinese. 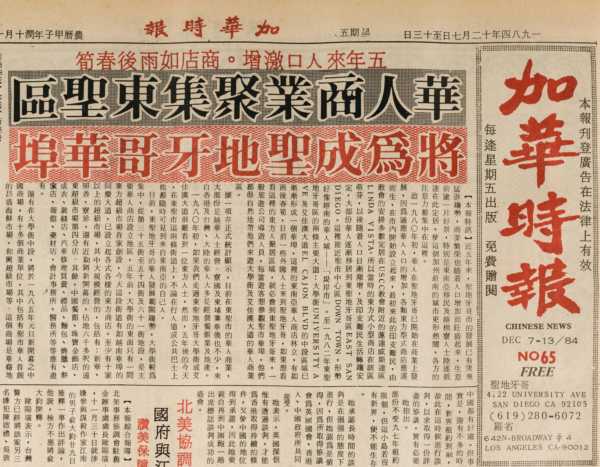