Materials Documenting the Birth of the Nuclear Age to Be Digitized 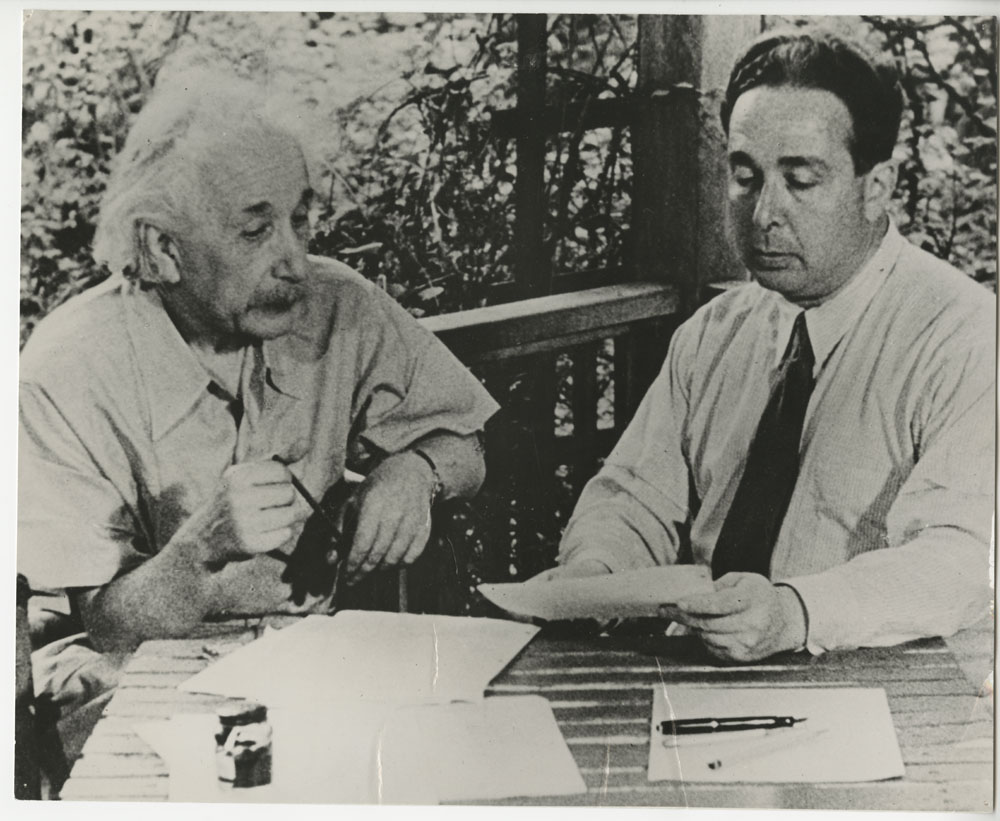 The papers of Leo Szilard, one of the nation’s most influential scientists, will soon be digitized by the University of California, San Diego Library, thanks to a $93,000 grant from the National Historical Publications and Records Commission (NHPRC).

The Library’s Leo Szilard materials, which extend from 1938 to 1998, chronicle the birth of the nuclear age, the work of the Manhattan Project—which Szilard helped to create—and the beginnings of the study of molecular biology. While the physicist and inventor played an essential role in the development of the atomic bomb, he was a passionate advocate for global arms control and argued for using the bomb as a deterrent, not as a force for destruction.

More than 50,000 items will be digitized, including some 550 photographs, as well as several hours of video and audio recordings. The papers include correspondence with numerous fellow scientists with whom Szilard collaborated, including Albert Einstein, Enrico Fermi, Jonas Salk, Edward Teller, and Linus Pauling. Also included are a variety of biographical materials, such as immigration papers and passports—Szilard was born in Budapest, emigrating to the U.S. in 1938– and biographical articles and sketches.