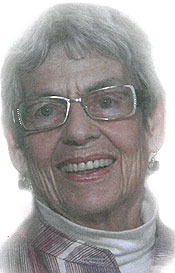 The estate of Alice Goldfarb Marquis, Ph.D., an accomplished writer, historian and alumna of the University of California, San Diego, has left $1.1 million to support the UC San Diego Libraries. The gift from the Alice G. Marquis Living Trust, which represents the largest bequest ever to the Libraries, will help to maintain and enhance collections and services of the UC San Diego Libraries, with a portion of the gift specifically designated to augment the existing H. Stuart Hughes UCSD Libraries Endowment for Modern European History. The Libraries will also direct some of the funding from the bequest to establish a new study area open 24 hours, five days a week, in Geisel Library.

“Alice Marquis was a stalwart supporter of the UC San Diego Libraries, as this generous bequest clearly demonstrates,” said Brian E. C. Schottlaender, The Audrey Geisel University Librarian. “Given the fact that Alice was a UC San Diego student who spent considerable time studying and tapping into the diverse resources in Geisel Library, I believe she would appreciate that we are using a portion of these funds to open a new 24/5 study facility that will enable students to spend more time in the library. In addition, having additional funds to enhance our collections is extremely helpful at a time when we are experiencing such severe budgetary challenges.”

“This generous gift comes at a critical moment when the library budget has been slashed dramatically,” said Pamela Radcliff, chair of the UC San Diego History Department and a historian of modern Spain. “In fields like history, access to physical books and manuscripts remains crucial to our scholarship and teaching. Library collections are essential to maintaining our status as an elite research university. We have a strong cohort of Europeanists in the History Department, with more than two dozen graduate students, all of whom will benefit tremendously from this donation.”

According to Schottlaender, having a library space on campus that is open 24 hours a day has long been at the top of students’ wish lists. Currently, the Libraries keep study space within Geisel Library open 24 hours during 10th week and finals. The new study area within Geisel is expected to be open to students in fall 2012, and will help to compensate for study space that was lost with recent library consolidations.

“This is very exciting news for all students,” said Anish Bhayani, undergraduate student representative on the university’s Academic Senate Library Committee. “Since the time I arrived at UC San Diego, I have seen the Libraries reduce their hours and then, most recently, close the CLICS and IR/PS library facilities. Undergraduate students have been begging for a 24-hour location on campus to study so it is gratifying that the Libraries have heard our pleas and that this will finally become a reality.” 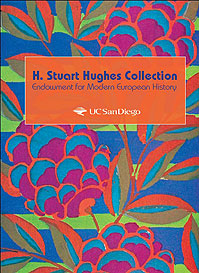 A skilled journalist as well as a historian, Marquis earned her doctorate degree in Modern European History from UC San Diego in 1978, combining her passion for art, history and writing. She utilized the UC San Diego Libraries extensively in her doctoral studies, including her doctoral dissertation on artist Marcel Duchamp, which became her debut book. She went on to author a total of eight books on popular culture and the art world—some of which were reviewed by The New York Times and The Wall Street Journal. Marquis passed away in 2009 at the age of 79. Her initial endowment was made in honor of UC San Diego historian Stuart Hughes, who was Marquis’ advisor when she was working on her doctorate.

Known for her zest for life, inquisitive nature and love of libraries, Marquis was a founding member of the San Diego Independent Scholars and was also actively involved with the Athenaeum Music and Arts Library in La Jolla.
Marquis was born in Munich, Germany. Her family escaped the Nazi regime and immigrated to New York City in 1938. Marquis wrote: “As a person saved from the Holocaust by lucky flukes … I find myself anxious to repay the world – and especially this country – for being spared from extinction.”

Ranked among the nation’s top 20 public academic research libraries, the UC San Diego Libraries play an integral role in advancing and supporting the university’s research, teaching, and public service missions. As the intellectual heart of the UC San Diego campus, the nine university libraries provide access to more than 7 million digital and print volumes, journals, and multimedia materials to meet the knowledge and information needs of faculty, students, and members of the public. Each day, more than 7,300 patrons visit one of the UCSD libraries and more than 87,000 people access library resources through the UCSD Libraries main Web site.