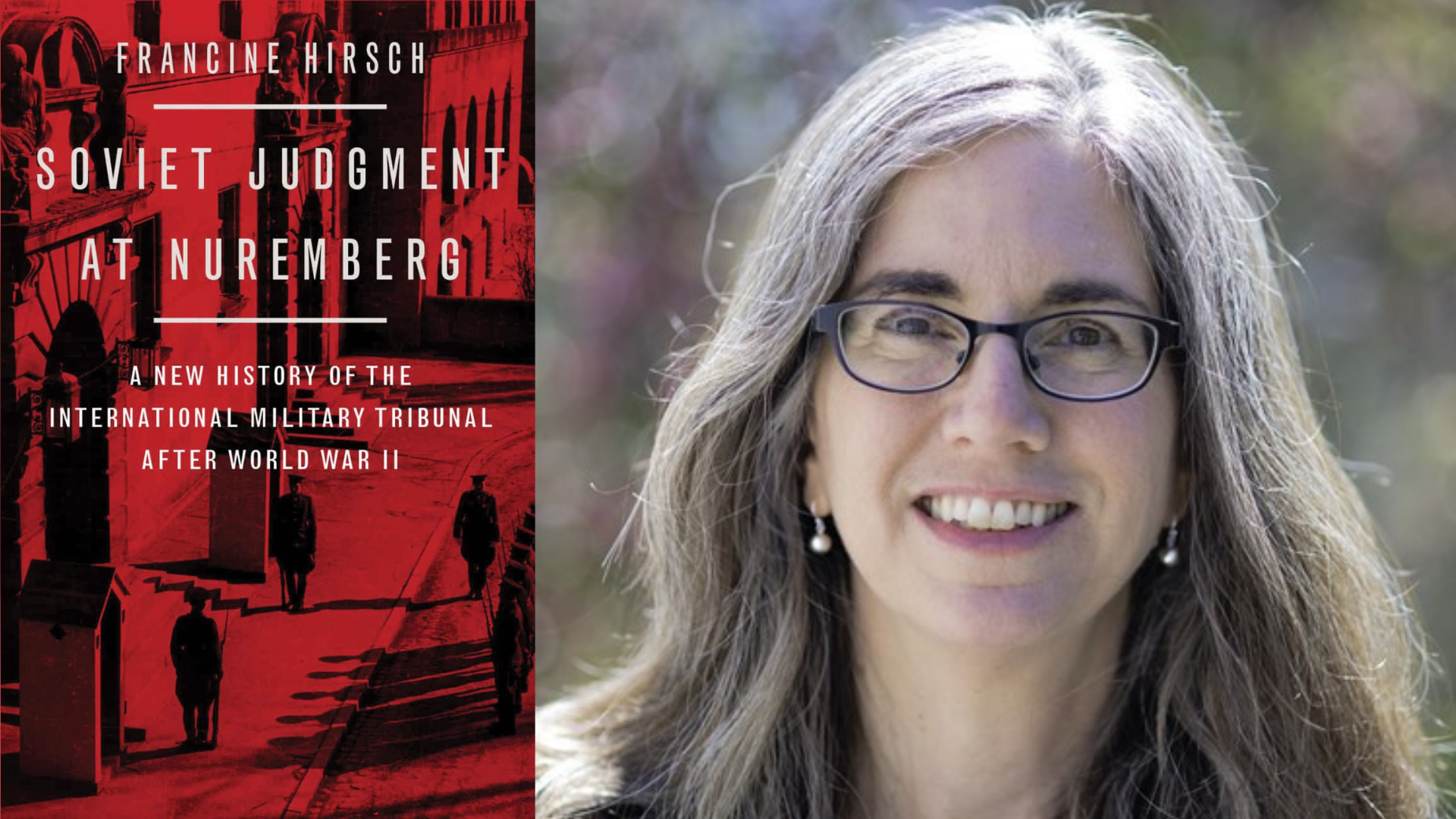 The International Military Tribunal, colloquially known as the Nuremberg Trials, constituted a remarkable conclusion to the “grand alliance,” the tenuous collaboration of the Americans, British, and Soviets to defeat Nazi Germany. For understandable reasons, Westerners tend to see the tribunal through American eyes. A Soviet perspective shifts the focus on a little-known aspect of postwar history: the unexpected contribution of Stalin’s Soviet Union to the development of international law.

In Soviet Judgment at Nuremberg, published by Oxford University Press in 2020, Francine Hirsch provides a fresh retelling of the Nuremberg trials and all the participants. The Vilas Distinguished Achievement Professor in History at the University of Wisconsin-Madison, Professor Hirsch earned her Ph.D. from Princeton University. Her first book Empire of Nations: Ethnographic Knowledge and the Making of the Soviet Union received the Herbert Baxter Adams Prize of the American Historical Association, the Wayne S. Vucinich Book Prize of the American Association for the Advancement of Slavic Studies, and the Council For European Studies Book Award and was recently published in Russian.

Registration is open and required, see link below.