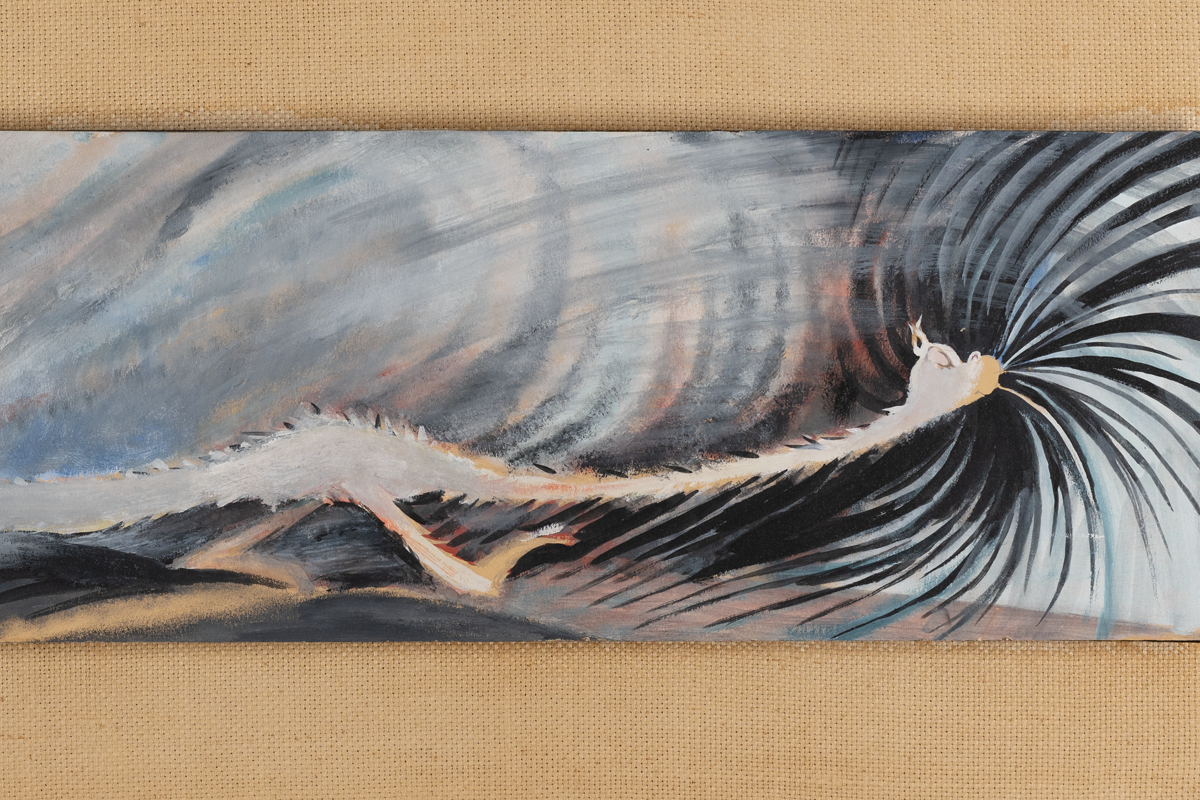 Update as of April 4, 2022: An expansion of the “permanent” Seuss display near the Seuss Room, including original sketches and drawings illustrating how Theodor Seuss Geisel created some of his characters, as well as some paintings and sculptures new to the Library. New materials will be rotated into the exhibition during the academic year.

Dr. Seuss was born on March 2, 1904. A long-time resident of La Jolla, his personal collection of drawings, scrapbooks, sketches, and other works were donated to UC San Diego after his death in 1991, a gift of his widow, Audrey Geisel.

Beloved by millions of children and grown-up children, Dr. Seuss’s books have entertained and educated for more than a half a century. In fabricating tales and bringing fantastic creatures to life in the imaginations of young and old alike, he has given is the Cat in the Hat, Gertrude McFuzz, the Grinch, Yertle the Turtle, The Lorax, the Sneetches, and many more such memorable characters. His style of flamboyant, colorful illustrations and clever but simple rhymes has made his work recognizable throughout the world.

Less well known perhaps are Theodor Seuss Geisel’s early careers as an advertising and commercial artist in the 1920s and 1930s, and as an editorial cartoonist in the 1940s. “Dr. Seuss’ Boids & Beasties” draws from UC San Diego’s Dr. Seuss Collection to illustrate all aspects of Geisel’s work. Also featured in the exhibition are some of his paintings and sculptures, examples from the highly successful decades as an advertising and magazine artist, and his amusing but pointed political cartoons from the days leading up to and during America’s involvement in World War II.

Boids & Beasties is Geisel’s own term for his fantastical creatures.